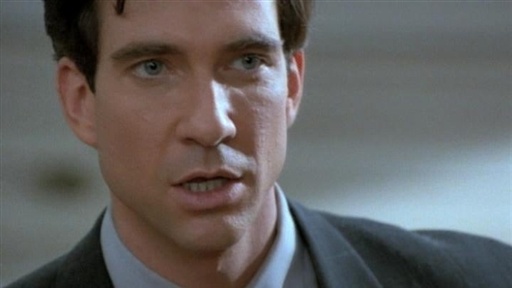 Bobby Donnell is a fictional character, a self-made lawyer and head of a law firm on the former ABC TV drama, The Practice (1997–2004), set in Boston, Massachusetts. Donnell was played by Dylan McDermott.

His father, Stephen Donnell, was a janitor in a corporate law firm. Bobby's relationship with his father is mentioned throughout the early seasons of the show to imply, in various ways, the reason why he is opposed to the firm's expansion. Seeing the way the "blue chip" lawyers treated his father was a motivation to be a lawyer. Bobby was raised in a Roman Catholic household and remained a devoted - if often conflicted - Catholic throughout the series. His parish priest would be a lifelong friend and counselor for him, especially in the days following the death of his mother, something that affected Bobby deeply. Donnell obtained his J.D. from Suffolk University. Growing up, Bobby also met and befriended Jimmy Berlutti.

Bobby was secretly involved with his colleague Lindsay, but ended this affair in order to be with DA Helen Gamble, with whom he had had a love/hate relationship. This soon fizzled out, however, and he eventually got back together with Lindsay, whom he later married and had a son with. He also briefly dated Ally McBeal, who appeared in a crossover episode from the show named for her-even though The Practice and Ally McBeal appeared on different networks, both shows were produced by David E. Kelly and both were set in Boston.